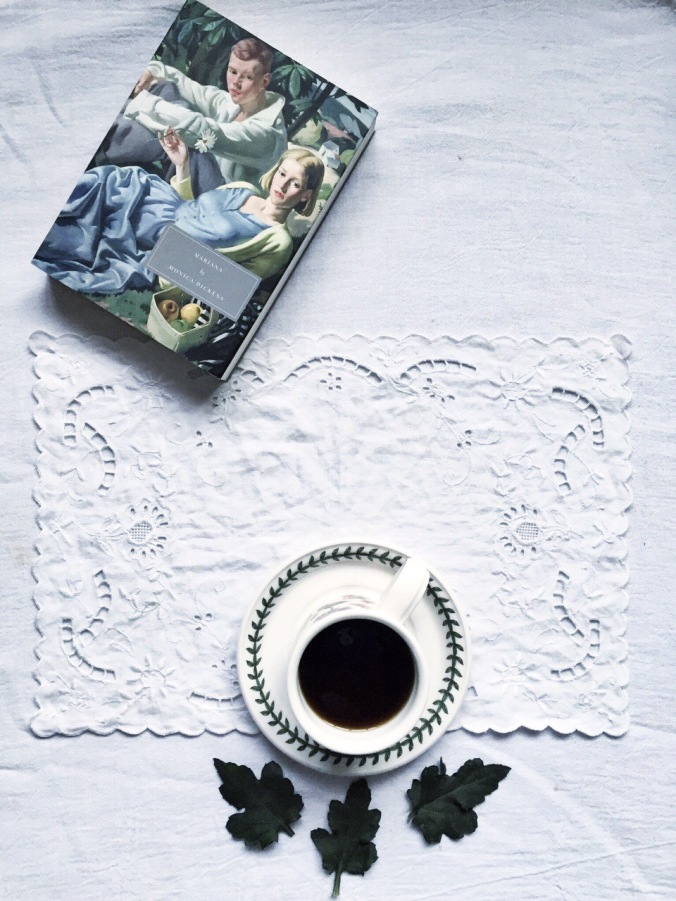 ‘Mariana’ by Monica Dickens is a coming of age novel about a young girl, striving her whole life, to find the perfect love. It’s a story that has great depth and one of the most striking endings I have read in the longest time.

Mary lives with her working mother and uncle in a small flat in London. She remains disconnected to her everyday life in London but highly anticipates the time that she can spend during the holidays, with her extended paternal family in the countryside. Her first love is for her cousin. But the love is rather one sided.

We witness Mary’s emotional awakening as a young child, besotted with cousin Denys. Later as a young woman, we find her engaged to a young Frenchman in Paris, called Pierre. Though Pierre helps her to overcome her loneliness in a foreign city, Mary knows that the relationship is tinged with her doubts. Later, when she is working in England, she finds love in the most unexpected way. Sam, a young architect is everything she has always, unknowingly been looking for. With Sam there are no doubts, no fears or insecurities. But with the outset of the Second World War, lives fall into jeopardy. Can Mary’s love survive the ordeal?

While Mary is enrolled in drama school as a young girl, she is asked to recite Tennyson’s poem ‘Mariana’. As revealed later in the novel, this is quite a pivotal moment in the novel. Mariana is a poem about a woman who is disconnected from society and despondently awaits the return of her love. The poem is laced with doubt and desolation. There is an absence of a conclusive ending in the poem, just as there is in the story by Dickens. But there is a faint whisper or a premonition of what may come to pass. Some endings are best left unsaid.

It is only at the end of the novel that we fully realize that Dickens’ Mary is Tennyson’s Mariana and the full force of Dickens’ genius strikes us.