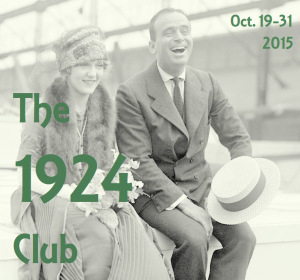 This review is for The 1924 Book Club. To discover more about this effort and to read additional reviews of books published in 1924 do visit Simon from Stuck in a Book’s hub post or Karen from Kaggsy’s Bookish Rambling’s hub page.

The first time I came across a reference to Freeman Wills Croft’s writing was when I was reading James Hilton’s classic story ‘Goodbye Mr. Chips’. I am always pleased to find bookish references within books and I read that Mr. Chips’s bottom bookshelf  was said to comprise of cheap editions of detective novels. His reading habits were thus described:

Sometimes he took down Vergil or Xenophon and read for a few moments, but he was soon back again with Doctor Thorndyke or Inspector French.

I had noted down Inspector French’s name for my ‘to be read’ list and thought no more of him until I was searching for a suitable book to review for The 1924 Book Club. ‘Inspector French’s Greatest Case’ was published in that year and to my delight I discovered this was the first entrée into the mystery series. Moreover, the book was available at my local library.

While I was researching alternative mystery story writers from this period I was surprised to find that the only writers of my acquaintance who were writing at that time were Agatha Christie and Dorothy L. Sayers. Agatha Christie published ‘The Man in the Brown Suit’ in the same year along with ‘Poirot Investigates’. Dorothy L. Sayers had published the first in her Lord Peter Wimsey crime series ‘Whose Body’ in 1923, after which there was a three year hiatus before ‘Clouds of Witness’ was published in 1926. In 1924 neither Margery Allingham (Crime at Black Dudley, 1929), Ngaio Marsh (A Man Lay Dead, 1934), Josephine Tey (The Man in the Queue, 1929)  or Edmund Crispin (Case of the Gilded Fly, 1944) had started publishing their work.

As a result of this discovery I went into reading this novel with the pre-conceived notion that the writing might be somewhat archaic. Nothing could be further from the truth. Freeman Wills Croft’s  writing is surprisingly modern, his language easy to read and his flow of thought fluent and comprehensible.

In ‘Inspector French’s Greatest Case‘ we are introduced to a case of murder that occurs at the offices of Duke and Peabody, a diamond merchant located at Hatton Garden in London. On a cold night in the middle of November, the body of an employee, by the name of Mr. Charles Gething is discovered prostrate on the floor in the inner office of Mr. Duke. Mr. Duke’s large Milner safe has been ransacked with the loss of thirty-three thousand pounds worth of diamonds and a thousand pounds in bank notes. Mr. Gething has undoubtedly been murdered as evidenced from the ugly wound made to the back of the skull by a blunt instrument.

The theft of the diamonds and money previously secured in the safe are the motive behind the murder. To investigate the case, Inspector French of the Criminal Investigation Department of New Scotland Yard is called in.

In our first introduction to Inspector French he is described as follows:

…The third was a stout man in tweeds, rather under middle height, with a clean shaven, good-humoured face and dark blue eyes, which, though keen, twinkled as if at some perennially fresh private joke. His air was easy-going and leisurely, and he looked the type of man who could enjoy a good dinner and a good smoke room story to follow.

Inspector French investigates the circumstantial evidence in a  methodical and systematic way. A paper trail led by the stolen bank notes leads him on a wild-goose chase across the beautiful Swiss Alps and later on to Barcelona and Amsterdam. There are a number of false clues and likely suspects. Inspector French leaves no stone unturned in his effort to grasp at the truth. He works tirelessly. We find that he becomes depressed when he has no immediate line of investigation to pursue.

It was only when he did not see his way clear that he became depressed and then he grew surly as a bear with a sore head, and his subordinates kept at as great a distance from him as their several activities would permit

Freeman Wills Crofts, the author of the novel worked as a railway engineer before turning to writing detective fiction. This background information surfaces in the plot line. There are many descriptions of train travel in the book. These train journeys and the places Inspector French passes on his travels through Europe are described in great detail and add an extra layer of appeal to the story. We travel with him to Interlaken, along the shores of the Lake of Thun, along the narrow gauge line that passes into the hearts of the giants of the Bernese Oberland; past the towering peaks of the Matterhorn, Eiger, the Mönch and the Jungfrau. The scenery unfolds in our imagination as we follow Wills Croft’s travelogue. Later we scramble across Channel crossing ferries at a moment’s notice along with French and travel the breath and depth of the continent to Havre, to Bordeaux by the Paris-Orleans line, then on the Midi to the Spanish frontier at Irun, and then via Medina and Salamanca to Oporto. Freeman Wills Croft’s fascination for train timetables is evident in the construction of the plot.

Wills Crofts builds up the story layer after layer in intricate detail. Multiple times the trail runs cold and much to French’s chagrin there is no immediate course of action . More than halfway into the story French observes:

What do we learn about the personal nature of Inspector French? Has he the calculative obsessive temperament of a Poirot-like detective or does he share the amazing deductive powers of a genius like Sherlock Holmes? The answer is neither. Freeman Wills Croft’s detective Inspector French is the most ordinary of detectives, a hard-working humane person shunning cruel subversive techniques of interrogation in favour of a caring, kindly approach.

…He was not only a man of natural kindliness of heart, but he had the gift of imagination. He saw himself in the girl’s place; and was glad he had not added to her trouble.

Inspector French’s Greatest Case is not devoid of humour and charming domestic detail. Freeman Wills Croft describes an aspect of French’s home life that made me smile. Whenever Inspector French is perplexed with his case he returns home to his wife and describes in great detail aspects of the case that are troubling him. The poor lady, prevented from tacking the household chore she was engaged in is forced to take up her sewing and sit on the large Chesterfield armchair while French recounts the evidence.

Sometimes she interjected a remark, sometimes she didn’t; usually she warned him to be careful not to knock over the small table beside the piano, and invariably she wished he would walk on the less worn parts of the carpet

Usually Mrs. French ‘took a notion’ or asked unusual questions that shed light on the case in a different way.

We do not get to know very much more about Inspector French’s personal life in this book. We do learn that he has lost a son in the Great War but he appears to be intensely private about this tragedy.

Inspector French’s Greatest Case is a fantastic first novel in a series. I am curious to learn more about Inspector French, his dogged determination and his persistence.

Freeman Wills Crofts  has provided us with a refreshing ‘new detective’ (at least new to me). He delivers a carefully grafted, meticulously detailed plot. At every stage of the investigation we are privy to French’s thoughts and ideas so we do not feel cheated or left out. In the finale we are treated to a delightful twist in the plot which is done quite masterfully.

A big thank you to Simon for encouraging me to read a wonderful book from 1924.